Anti-Ageing – what you should know

The anti-ageing process can be enhanced with proactive naturopathic solutions which can maximise genetic potential and protect ourselves from oxidative damage.

The future of general medicine will be to enhance the quality of life for an ageing population.

Ageing is a natural process, but the rate at which we age is, to a degree, under our control. Many people say you are as old as you feel, and a positive mental outlook coupled with a healthy diet is vital if you want to slow the ageing process. People who are negative and angry tend to age faster than happy, relaxed people do.

A study was done in the United States where a group of men in their seventies were installed in a university campus, which had been transformed into a replica university from the 1950s. The men were dressed in clothes from the fifties and asked to behave just as they did when attending college. After three weeks the researchers assessed each individual for the biological age by measuring factors such as muscle strength and blood pressure. Biological age had decreased by an average of three years so it certainly helps to think young! 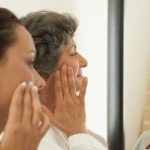 Ageing is defined as growing old, maturing. Mentally, it can be seen as growing wiser, developing like a fine wine. It signifies progressive changes related to the passage of time. Physically, it means not replacing enough cells to maintain complete function. There is no precise method for determining the rate or degree of ageing. It is the physiological changes that occur with ageing that we need to look at and hopefully slow down.

The effects of ageing can be caused by low hormones, free radical damage, smoking, toxins in our environment, water and food, dietary choices, this list goes on.

How does the ageing process affect our bodies?

The following list includes some of the effects of ageing on our bodies:

Ageing is largely due to the effect of damaging substances in the body called free radicals. Free radicals are dangerous chemicals which are produced continuously in the body, and they cause oxidative damage unless kept in check by free radical scavengers, or antioxidants.

In the body, oxygen atoms live together in pairs. The strength of their togetherness depends on the protection supplied by antioxidants. When antioxidants are in short supply, when diet contains an overdose of undesirable fats or when the body is exposed excessively to pollution, radiation, infection, stress, smoking, etc, the oxygen atoms break up and form individual free radicals.

These free radicals are desperate for a partner to bond with and create a rollercoaster effect, which produces new free radicals. The resulting havoc causes damage to cells and tissues to become cross-linked (a wrinkle is the result of cross-linking), suppresses the manufacture of new healthy cells, and reduces the body’s ability to fight infection and repair cell damage — in other words, encouraging premature ageing and degenerative disease.