Polycystic Ovarian Syndrome (PCOS) – what you need to know

PCOS, Polycystic ovarian syndrome is a hormone disorder that affects an estimated 6-10% of all women, some may not know they have it.

Most health professionals now accept the underlying cause is insulin resistance syndrome, a condition that leads to poor blood sugar control and weight gain.

It’s far more than just a reproductive problem – it affects an entire group of hormones. Each sufferer experiences this syndrome in very different ways. Polycystic Ovarian Syndrome is the leading cause of infertility in women, this being one of the most devastating symptoms of all.

What Is Polycystic Ovarian Syndrome?

Polycystic Ovarian Syndrome is characterised by the accumulation of what appears to be numerous fluid-filled cysts on the ovaries. These develop over time as the ova (eggs) fail to mature, then are released during the menstrual cycle. This causes multiple immature ova to be visible on an ultrasound, which are mistakenly called cysts.

In each menstrual cycle, follicles grow on the ovaries. Within those follicles eggs develop, one of which will reach maturity faster than the others and be released into the fallopian tubes. This is known as ovulation. The remaining follicles (sometimes hundreds) will degenerate.

In the case of polycystic ovaries, however, the ovaries are much larger than normal, and there are a series of undeveloped follicles that appear in clumps, rather like a bunch of grapes. Polycystic ovaries are not particularly troublesome and in many cases they will not even affect your fertility. Where the problem starts, however, is when the cysts cause a hormonal imbalance, which result in other symptoms.

Normally the ovaries release an egg each month in response to hormone changes – the fluctuation of oestrogen and progesterone. This response is stimulated by hormones released from your pituitary gland, luteinizing hormone (LH) and follicle stimulating hormone (FSH). In PCOS, there is an excessive level of androgens such as testosterone and androstenedione, which affects the level of oestrogen necessary for ovulation.

In summary, Polycystic Ovarian Syndrome is caused by an imbalance of hormones as well as possible insulin resistance. There can be many unripe cysts and the follicles fail to mature properly. Anovulation (no ovulation) is a common feature, which is a cause of infertility.

Your doctor or gynaecologist will usually order a range of pathology tests and investigations to confirm a diagnosis of Polycystic Ovarian Syndrome. An ultrasound is usually done to see if the ovaries contain multiple immature ova. If the diagnosis is unclear, a laparoscopy may be performed to view the reproductive organs.

The following is a list of pathology abnormalities which may be present in a woman with this syndrome. 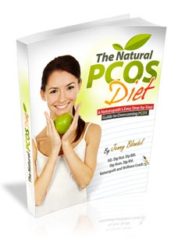 Discover effective and natural methods to overcome PCOS once and for all.  Treat the cause with expert naturopatic advice regarding diet and key supplements and herbs – the natural way to recover hormone balance.